Now after exploring and tabulating the data available from the archeological finds, we move on to the next phase of analysis and that would be to resurrect Nalanda using the eyewitness accounts of the visitors who traveled through the area between 7th and 13th centuries…

Taking a bit of a philosophical turn but truth, when its not apparent based on the physical evidences needs to be built on consensus and that is what we hope to achieve through this discussion, a plausible model for the existence of Nalanda University while trying to find balance and continuity between the various travelogues and the physical evidences.
Nalanda University ruins give us a foundation plan to build it from and the eyewitness accounts give the references to follow the plan…
We’ll be using the travelogues and journals given below to help us resurrect the glory of Nalanda in the chronological order
1. Xuanzang account—637 to 639 AD
2. Itsing account- 675 -685AD
3. Hwui Lun
4. Dharmasvamin account- 1235-1237 AD 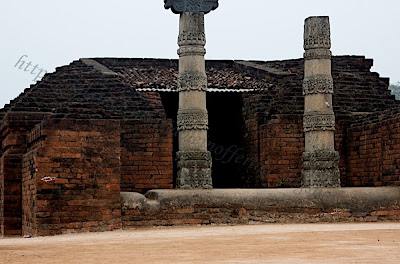 Nalanda University, because of its size and lack of any indigenous literature poses a dilemma for explorers over the centuries about its beginning and how it grew and flourished and why did it end the way it did.
We are fortunate to have a few documents from the era when potentially the University was at its peak of glory and organization and then to have something to give us an insight into its decline. We can compare, conglomerate and conclude based on these facts and built up on them, the story of the Mahavihara that hold true to scrutiny of the facts and gives us a complete picture.
We’ll first visit the detailed summary of how each of the authors describes the university and in the next level of analysis we’ll try to compare and built up some conjecture maps. 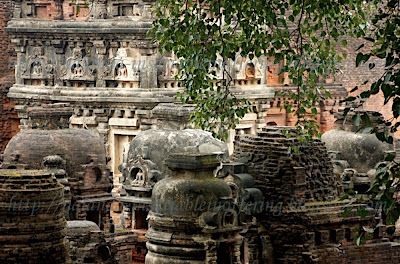