I have completed 30 days of my foot journey beginning at Adi Badri on 20th February. I visited Sugh and edict park in Topra Kalan, both are situated in the ancient Kingdom of Kuru (Now Haryana) where the Buddha delivered the Mahasatipatthana Sutta. I have walked 530 kilometres so far out of the total journey of 2000 km.

I had started my foot journey with a clearly worked out plan but had not factored in that a crisis like the Covid19 might breakout leading to a nationwide lockdown for nearly 2 months. Like many others, I want to return to my ‘normal’ life and resume my foot journey. I consider myself to be very fortunate to have made it to Sankisa on 20th March just before the start of the lockdown and find a safe place to stay at a Buddhist institution called Youth Buddhist Society of India (YBS). My film maker friend Shri Surender Talwar (Talwar Sir) and his nephew Rudraksha joined me on the evening of 21st March so all three of us spent the entire lockdown period together.

I have met Shri Suresh Baudh ji, Co-founder of YBS, very briefly during my earlier visits to Sankisa in 2018 and 2019. Sureshji belongs to the Shakya community. Shakya people are an agrarian community in the Gangetic plain who believe themselves to be descendants of the  Buddha. The Buddha was born in the Shakya clan of the Kingdom of Kapilavastu located in foothills of Himalayas. Since the 1960's, a grassroot movement has been taking place among the Shakya people of the Gangetic plains for embracing Buddhism. Sureshji too is one such Shakyan grassroots worker. He was ordained as a lay follower in 1988. Following his ordination, he motivated his family members to join in his mission of facilitating revitalisation of the tangible and intangible legacy of the Shakyas. Suresh Ji’s nephew, Venerable Upananda, was so inspired by his uncle’s example that he went on to become a Theravada Bhikkhu. He received ordination as a monk in 1991. Together, both of them established the Youth Buddhist Society of India in 2007.

The first thing one notices on visiting the YBS campus is an imposing 80ft sandstone pillar at the entrance. I asked Suresh Ji as to why the pillar was installed there and why it was 80ft in height. He told me that YBS centre was situated 2kms from the archaeological site of Sankisa. Sankisa is a very important Buddhist site where the Buddha descended from heaven after preaching to his mother in Tushita Heaven.  According to Suresh ji, Buddhist traditions mention that a monolith pillar had been installed by Emperor Ashoka at Sankisa to mark this event. Presently, all that remains of the Ashokan pillar is the Elephant Capital. The pillar is yet to be discovered. To make up for the absence of the pillar, YBS has installed a sandstone replica of the Asokan pillar 80ft in height because Buddha lived till the age of 80 - each feet marks one year of his life.

Since the time of the Buddha, many of his teachings (suttas) were believed to have healing power. They were called Paritta (‘protection’ or ‘safeguard’). The Sangha and lay followers of Buddhism have been reciting Paritta for centuries during difficult times like the one we are facing now. My stay at YBS has given me opportunity to  pray and contemplate, to participate every evening in recitation of Ratana Sutta (a Paritta) with venerable monks and lay people at Youth Buddhist Society, Sankisa for protecting the people of my country and all over the world against this deadly pandemic. The Lockdown also presented me with an opportunity to practice mindfulness - to be immersed in what is happening in the present moment even as my mind longs to return to the road and make it to my next destination. I remind myself that for now I'm here and must try to do my best in what I have to do today.

Sankisa is a very significant place. Sureshji, Talwar sir and I would often contemplate and discuss ideas to revitalise the tangible and intangible remains of Sankisa. Sureshji feels Sankisa is the most neglected of the Eight Great Places of Buddhist pilgrimage. I believe he is right. Unlike the other Eight Great places - Sarnath, Bodhgaya, Sravasti, Lumbini, Kushinagara, Vaishali and Rajgir - there are no excavated remains in Sankisa of ancient temples, monasteries or stupas. There is no museum, no information centre or public conveniences for visitors. There is not even a place to sit down at the ASI protected monument. As a result perhaps, only a fraction of the international tourists visiting the Eight Great Places come to visit Sankisa.

Sureshji thinks Sankisa can develop only when the ancient remains of Sankisa described by Xuanzang and Faxian which are currently lying buried under the village of Sankisa are unearthed. This of course would take a lot of resources because more than 300 households living on the village mound would have to be relocated. But even for such a big project, Sureshji is hopeful that it can be accomplished provided the international community gets involved and pools in its resources and expertise.

I made a PPT presentation to the YBS team on my works and activities. Suresh Ji was very excited to see my past works and future plans on developing the walking pilgrimage trails. Sureshji shared that he too had organised Dhammaytara for international students from different religious backgrounds from Sankisa to Kushinagar divided into three sections conducted over three years from 2006-2008. In 2006, participants cycled a distance of 400kms from Sankisa to Sarnath in a duration of 11 days stopping at villages for interacting with the local population. In 2007, participants cycled from Sarnath to Bodhgaya, 250kms in 10days. Finally in 2008, participants walked 400kms from Bodhgaya to Kushinagar in 11 days.  I liked this idea of slow Dhammayatra a lot - allowing participants ample time for sightseeing, interacting with locals, and meditating and resting. I encouraged Suresh Ji to restart this Dhammayatra but next time focus on Sankisa, Atranji Khera and Sravasti as according to Buddhist literature these three places are sites of the wanderings of the Buddha and as well as have the presence of a sizeable Shakya community.

At YBS, I met two energetic teenage Shakya boys, Prashant (14) and Rustam (17). They are monks in waiting currently training under Venerable Upananda. Very soon they would be ordained as Theravada monks. I was inquisitive to know what led them to choose the path of monkhood. The story each of them shared was very interesting. The families of Prashant and Rustam are members of YBS and participate regularly in the events and activities of YBS. Prashant are two brothers. Being a Sakyan, his father encouraged Prashant to dedicate himself to serving the Buddha, the Dhamma and the Sangha. Thus Prashant decided to enter monastic training and go on to becoming a monk. Coming from a very humble background and having seen the sufferings of fellow villagers, Prashant thinks that as a monk he can dedicate himself single-mindedly to serving the society.

Rustam came to YBS centre in 2018 to hear the teachings of His Holiness Dalai Lama. After the talk when His Holiness was returning to his hotel, he stopped his car and pointed to Rustam who was standing on the side of the road with folded hands along with thousands of others. His Holiness took Rustam in his car and took him to the hotel. While having food with Rustam, His Holiness asked Rustam if he would like to go to Dharamshala to study Buddhism and become a monk like His Holiness. Rustam replied: ‘Ahan Chaliye’ (Yes, I will come). His Holiness told Rustam to prepare for going to Dharamshala. Although the plan did not happen in reality but the incident was enough to inspire Rustam to think seriously about serving the Buddha, the Dhamma and the Sangha. In 2019, Rustam joined YBS and has been practicing monastic life.

Venerable Upananda who is the teacher and mentor for both Prashant and Rustam would like to send them to study Buddhism in one of the Thervada countries (Thailand, Sri Lanka, Myanmar). But for this, he would need about Rupees 3 lacs. Venerable Upananda is currently looking for sponsors to enable his young students to go abroad and receive good monastic training in the Theravada tradition. 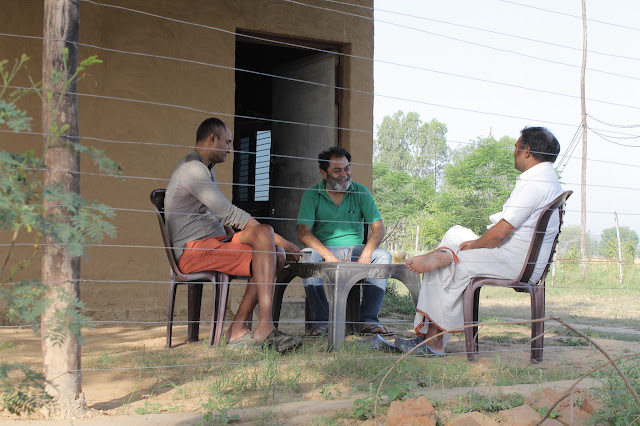 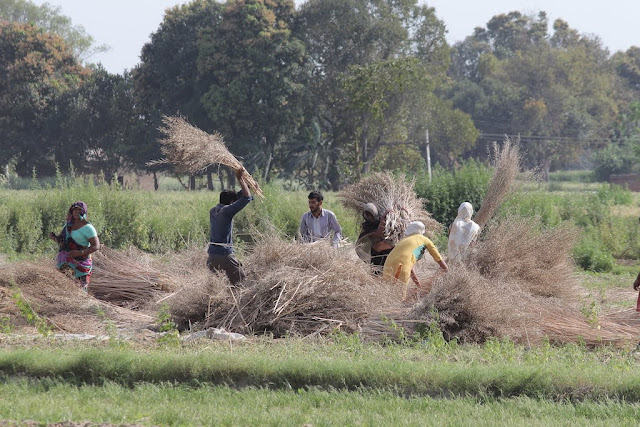