Mahamogallan was born in Kolit gram and was friend of Sariputra. Along with Sariputra he too joined the Buddhist order. Like sariputra, Moggallana was also closest disciples of Buddha and was popular for the supernatural abilities he possessed. He was hacked to death in the Rajgir valley by disciples of another school of thought.

Xuanzang went to Indrasaila guha from Nalanda Mahavihar, Visiting four stupas at four places on way. First he went 8-9Li NW to Kulika from there he went 3-4Li E for the stupa to mark meeting between Buddha and Bimbisara. From This stupa he went 20Li SE to reach Kalpinaka (Sariputra stupa), from here he went 4-5 Li SE to visit another stupa and finally he took 30Li E for Indrasaila Guha.
We will try to come to Kulika from two places
1- Starting from Nalanda and directly reaching Kulika—8-9Li SW
2- Starting from Nanand(assuming it to be Sariputra place) and Chandi-Mau (Broadley’s Nala) to reach Kulika- 1st leg of 20Li NW to Bimbisara stupa and then 3-4Li W for Kulika 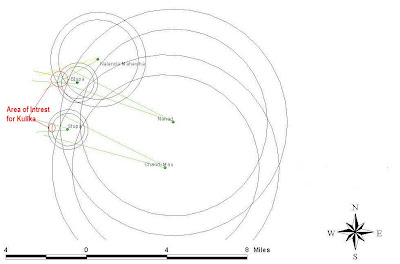 To reach Kulika from birthplace of Sariputra we take two legs, 1st of 7.5 --9.1 Km, NW from Sariputra birth place to a stupa to mark meeting place of Bimbisara and Buddha.2nd leg of 1.3- 1.6 Km W, from the stupa to the village Kulika.
To consider all possibilities we take measure from Nanand and Chandi-Mau both the probable site for the Sariputra birth place. Measures from Chandi Mau take us to farther west and the area of interest in this case is too far from the probable places. But we shall be taking all the probable villages in the vicinity and see the chances that each place stand taking into account the potshards, sculpture, existing Mound and items of archaeological interest. All the four villages have mounds and as far as Potshards are concerned Juafardih and Jagdishpur has NBPW in large quantities. Saure and Rukmanisthan don’t have any potshards earlier than Pala period on surface. Juafardih one of the most promising sites was excavated in 2007 and it had a mud stupa at the heart which belonged to Buddha period. In subsequent centuries it was further enlarged with mud and at the Kushana-sunga period a brick stupa was constructed over it. Though no relic casket was found in the stupa but still it was an important stupa to mark some special event at the time of Buddha. 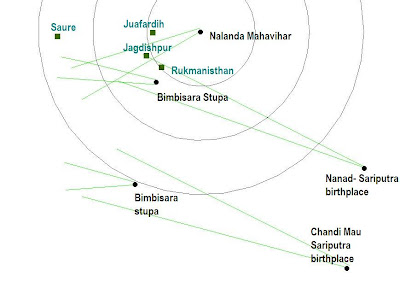 A Closer view with scale 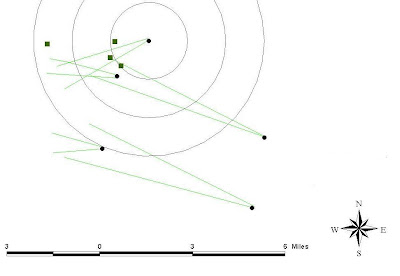 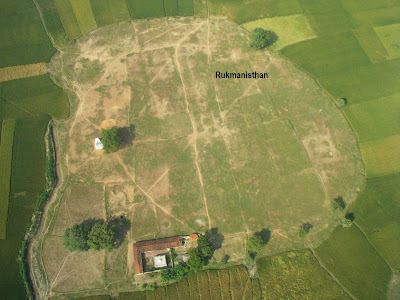 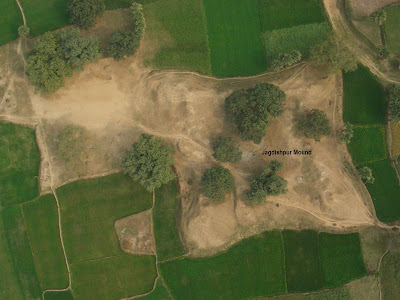 Juafar Dih (Excavation in progress in 2007) 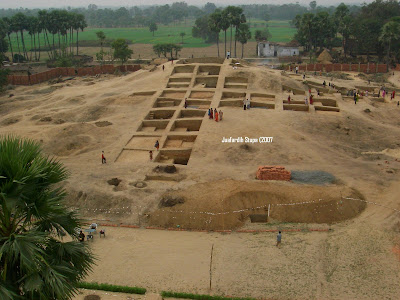 Thanks to Sh. Narain Prasad,
Myself SHRAVAN KUMAR SINHA S/o Late KN Prasad. I was bron in this village in 1974 & studied upto Graduation. I left this village in 1995 to Delhi. Before this ruins it shape was totally round with height alongwith covering full grinery. My brother SH. SANJAY SINHA is still staying here. Now he is working in gov. sector in Biharsharif (nearest town)
In my vilalge (Juafar Dih) had a very old Budha statue and many statue were theft.
XuanZang first stayed at Kulika (now known as Juafar Dih, 4km western), Nalanda an outhouse of Nalanda Ruins (very good place for tourist hub)