During his stay at Rājagriha, Buddha frequented Griddhakūṭa and in due course a vihāra was erected there for Buddha and the Saṅgha.  As mentioned in Buddhist texts, king Bimbisāra constructed a road to the Griddhakūṭa hill for Buddha’s counsel. Chinese monk-scholar Faxian wrote that he saw the ‘hall’, where Buddha used to preach law, in a pitiful shape with only its foundations left (Beal 2005: 115). Writing two centuries later, Xuanzang described a ‘magnificent brick hall’ on the Griddhakūṭa peak (Beal 1969). In the 13th century, Tibetan monk-scholar Dharmaswāmin saw ‘in ruins’ (Reorich 1959: 87-88) the temple where the Buddha preached. In spite of good or bad situations of the physical structure of the temple, the pilgrimage to Griddhakūṭa continued from the time of Buddha to when the pilgrimage ‘in the footsteps of the Buddha’ came to its ebb around the 13th -14th centuries.
The religious value of the stūpas and chatiya-s are sustained only by their physical renewal from time to time. In the 3rd millennium, the link between the sacred places and the community of followers of Buddhist teachings and traditions is getting stronger once again. Each year millions of devotees from all over the world come for a pilgrimage to the Griddhakūṭa. Seeing this development, it may be considered that now is the right time to undertake the restoration of the Griddhakūṭa vihāra.

Griddhakūṭa vihāra is ‘museumized’ and is treated as archaeological monument. 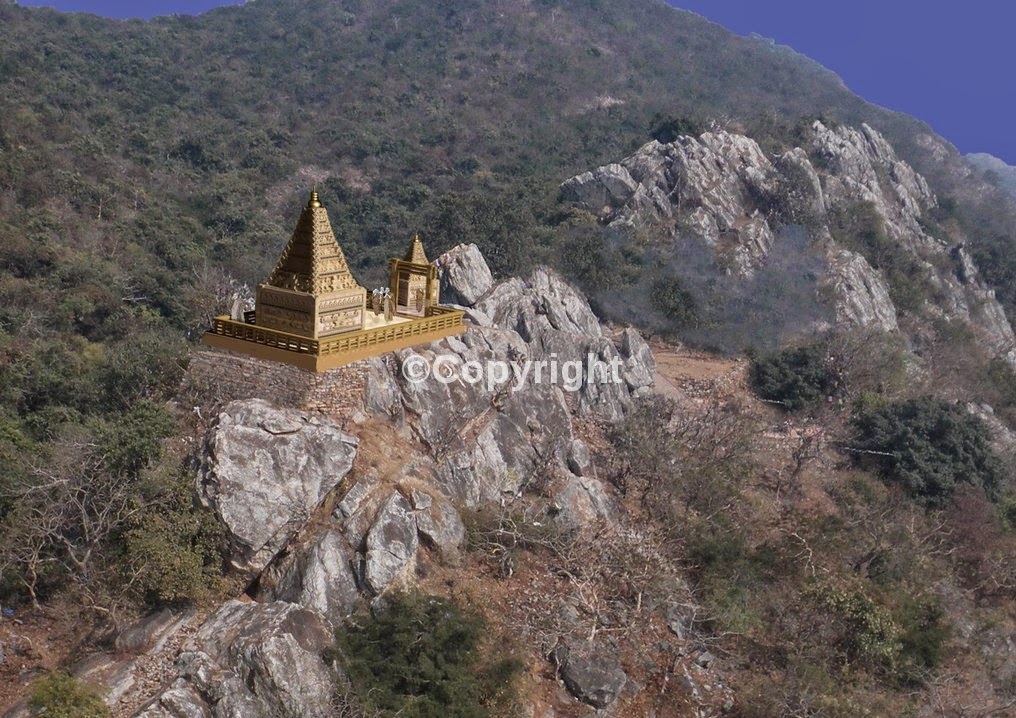 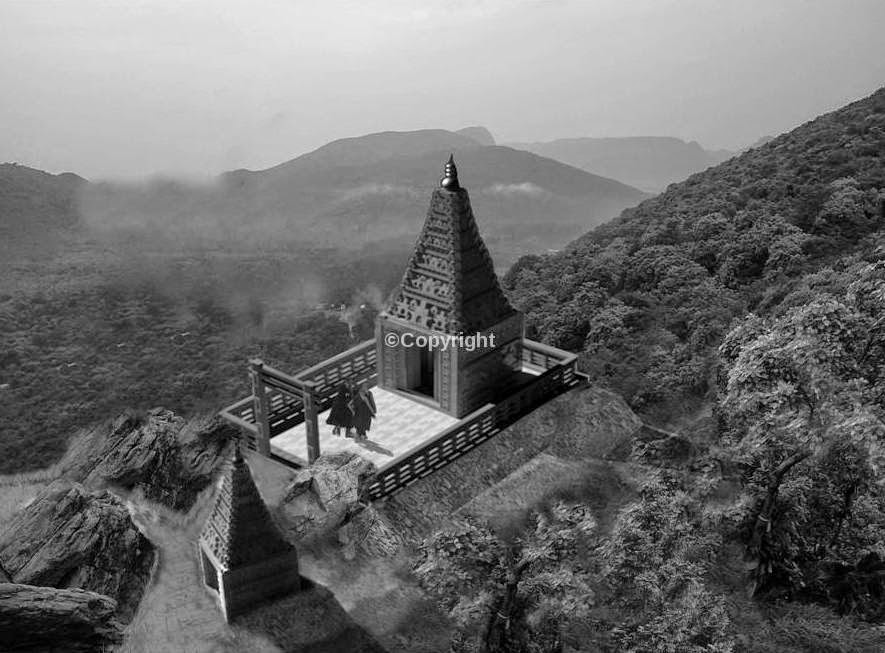 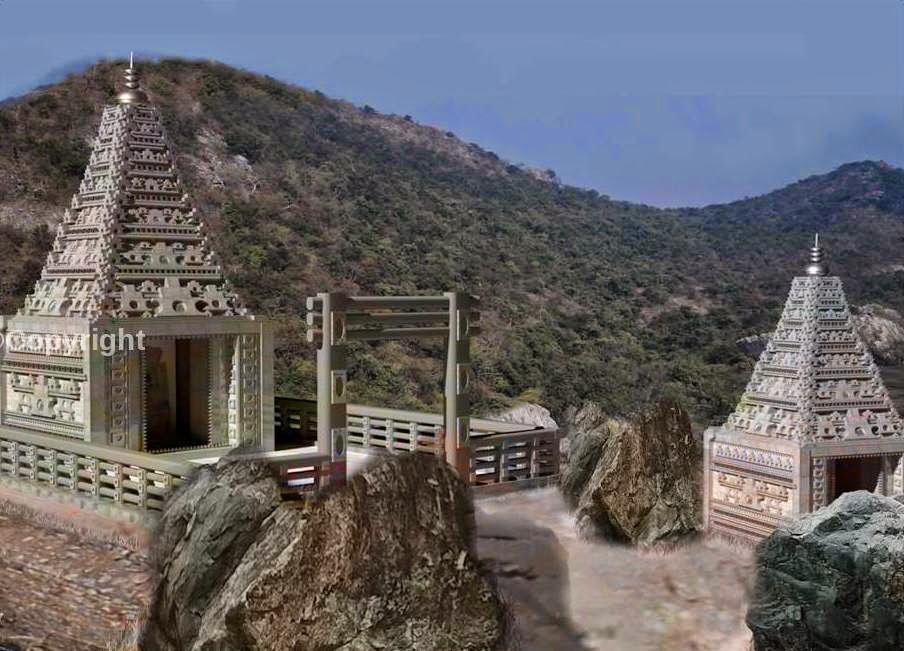 Stūpas and chatiya-s built to mark the sublime wandering of Buddha (Buddhacārikā) are the embodiment of Buddha and his teachings. The new circumstances in the 2nd millennium were not conducive for the communities of monks to continue worshiping and maintaining the sacred stūpas and chatiya-s. Followers worldwide became physically disconnected with the sacred places, but nevertheless, they remained connected through beliefs, rituals, narratives and collective memories. Though there was a hiatus of six hundred years in Buddhist pilgrimage and patronage, from the 13th to the 19th centuries, the sanctity of the places have remained because of the spiritual association of the pilgrims with the sublime wandering of Buddha. The sanctity associated with these places makes the stūpas and chatiya-s a ‘living religious heritage.’

The discovery of the Buddhist origin of Bihār in the 19th century revealed hundreds of significant places associated with the Buddhacārikā in Bihār. Identification of places mentioned in the Buddhist literature was the first stage of the process of revitalisation of the sacred traces of Buddha because these places held vital clues to understanding the history of Buddha and Buddhism, and their relationship to the geography of Bihar. Many of the identified sacred sites were brought under government protection for archaeological study and subsequent conservation of their historical and religious value. Ideally all the sites identified with the sublime wandering of Buddha should have been listed on a priority basis and then excavated, documented, examined and restored. But the number of protected and unprotected sites are so large that this process is likely to take up several decades at the least.

Fortunately, some of the important Buddhacārikā sites, like Nālandā, Vaiśālī and Griddhakūṭa, were excavated and have today become pilgrimage centres after a gap of more than one millennium. The devotees who visit these sacred places make offerings and prayers to the excavated remains of the stūpas and chatiya-s. At the unexcavated sites, like Jeṭhian, Buddhavana, and Indrasailaguha they offer prayers to the ancient mounds (stūpas, chatiya-s and vihāra-s) and fragmented Buddhist sculptures.

During the 19th century, the British government in India realized the significance of the Mahābodhi temple as the heart of Buddhism. They immediately started the process of its revitalization and by 1881 the temple had been excavated, studied, documented and restored. Today, an organisation named the Bodhgaya Temple Management Committee (BTMC) is in-charge of looking after the daily rituals and other religious activities of the temple.

Many other important ‘living religious heritage’ structures, like Griddhakūṭa vihāra, the Ashokan Stūpa at Vaiśālī, Temple no.3 at Nālandā are in queue to be restored. Unfortunately, they are have been ‘museumized’ — they are treated as archaeological monuments, and in the name of archaeological conservation, the dynamism of these sites are compromised. However, it should be noted that safeguarding ‘living religious heritage’ need not necessarily prevent change. Treatment of a ‘living heritage’ site as an archaeological site should be restricted to a timeframe. Once the study and documentation of the site is completed, it should be restored without compromising its archaeological significance.